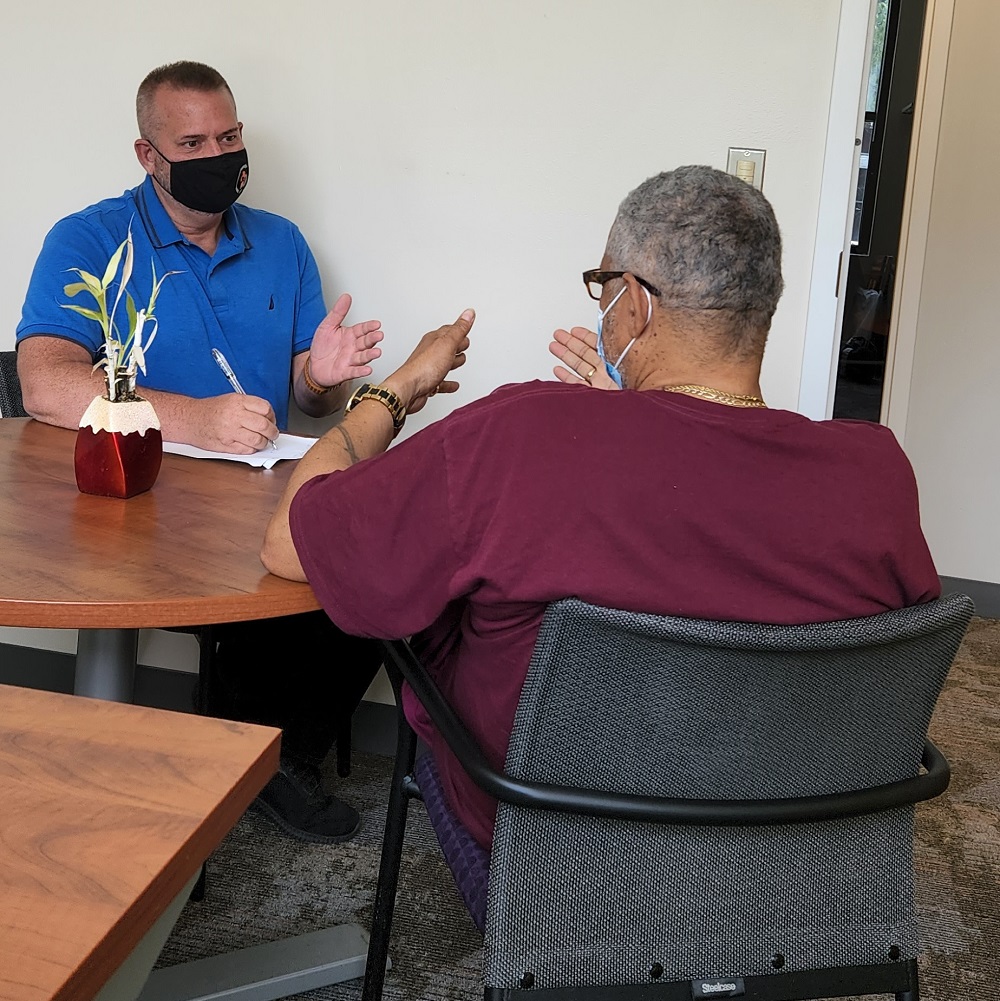 Our Skokie Valley Center’s Adult Protective Services (APS) team met Samuel*, a 70-year-old experiencing cognitive decline and living in a skilled nursing facility, when they learned of allegations that his daughter was financially exploiting him.

The APS program investigates allegations of abuse, neglect, and exploitation of older adults and adults with disabilities, and connects victims with supportive resources to improve their situations.

Amid the emotional, financial, and logistical challenges of finding a safe place for Samuel to receive the care he needed – he was unable to maintain his home or make decisions on his own – Samuel’s family now faced potential abuse. The family suspected his daughter had taken his wallet and credit cards on a recent visit; several charges appeared on his card, without his knowledge or approval, before Samuel’s son canceled the card.

Strained family dynamics further complicated Samuel’s situation. His family wanted to help him, but feared retribution from his daughter, the alleged abuser. His daughter did not have a good relationship with anyone in the family, particularly her brother, who had discovered the unapproved credit card charges. Though her threats of physical abuse and legal action initially prevented the family from reaching out for help, they ultimately decided to report the situation, at risk of the family’s emotional and legal turmoil worsening.

When our APS Intervention Specialist Jeff Ashby intervened, he brought Samuel’s case to our M-team, a group of professionals in areas including legal, law enforcement, and banking, for additional guidance on the case.

The M-team meets monthly, with the purpose of collaborating to tackle particularly challenging cases. The Legal Aid Society of Metropolitan Family Services lent an instrumental voice to that M-team call.

In Samuel’s case, Jeff followed a recommendation to connect the son with the Office of the Public Guardian, in order to secure a temporary guardian who could handle decisions related to the case at no upfront cost to the family.

This gave the family some much-needed breathing room, and an important intermediary: the guardian appointed by the Office of the Public Guardian, a third party with no connections to the family, would make decisions in Samuel’s best interest without letting his daughter’s influence and scare tactics affect the family members’ choices.

Now that Jeff connected Samuel’s family with a guardian, they are in a strong position and on the best possible path forward for Samuel.

Adult Protective Services investigates reports of abuse, neglect, exploitation (ANE) and self-neglect (SN) of seniors ages 60 and older and adults ages 18 to 59 with disabilities. When allegations of ANE and/or SN are substantiated, interventions are planned with the client, family, and others to reduce the risk of further harm. Legal services referrals are provided as needed.

IF I’M AWARE OF OR SUSPECT OLDER ADULT ABUSE, NEGLECT, OR EXPLOITATION … WHAT CAN I DO TO STOP IT?

Physical, emotional, or financial abuse can happen to anyone. The Adult Protective Services program looks at the many types of adult abuse, and we can help you or someone you know to address it.

ANY PERSON CAN VOLUNTARILY REPORT ABUSE!

WHERE DO I CALL?

WHAT HAPPENS WHEN I CALL?