Happy One Year Anniversary to the Living Room at Metropolitan Southwest!

The Living Room at Metropolitan Southwest has now survived and thrived for a full year! Staff celebrated a year of growth with an anniversary open house.

“We were able to form some new working relationships and networking with other providers and we had some meaningful conversations around the needs of the community, mental health and advocacy,” says Ruaa Jaber, Program Supervisor at Metropolitan Southwest.

The open house also featured a licensed massage therapist, promoting self-care within the office and to those who attended the event. She did a fabulous job providing chair massages, earning herself lots of positive feedback from staff and other attendees.

The Living Room was officially opened March 12, 2018. In the last year, Metropolitan Southwest has witnessed growth and the positive impact the program has made on both Metropolitan clients of Adult Mental Health programs and external guests who have utilized the Living Room in times of crisis. 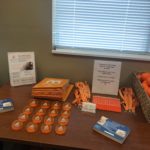 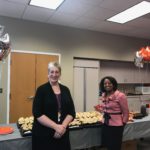 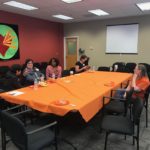 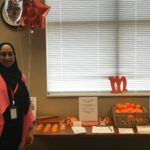 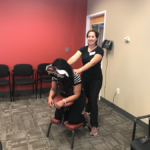