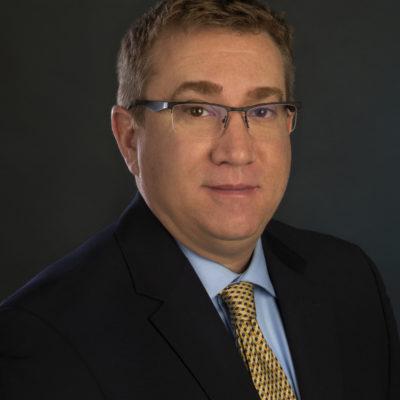 Miguel C. Keberlein has been named the new Executive Director of the Legal Aid Society (LAS) of Metropolitan Family Services. He will assume the position March 1, 2018 and be based at LAS’ headquarters in downtown Chicago.

Keberlein joins the Legal Aid Society from the Legal Assistance Foundation (LAF), where he served as the Director of the Immigrants and Workers’ Rights (IWR) Practice Group, a position he held since 2012. In that role he led the Group’s statewide strategy and initiatives, directed LAF’s Migrant Project, litigated federal and state cases, as well as supervised a team of attorneys. Keberlein also secured more than $750,000 in grants supporting immigrants and workers’ rights, and launched LAF’s annual “Farmworker Blues” fundraiser.

In addition, Keberlein also served as Director of LAF Client Support Services. Holding that position since 2015, he integrated social work services into all of LAF’s practice groups, directed the agency’s efforts to train staff in providing trauma-informed services to clients, and furthered LAF’s ability to secure grants that required social work case management.

Before holding Director roles with LAF Keberlein joined LAF in 2002, starting as a Staff Attorney, then was promoted to Senior and Supervisory Attorney, roles he held through 2012. As an attorney in LAF’s Migrant Project, and later in the Immigrants and Workers’ Rights Practice Group, he provided comprehensive legal services statewide to migrant and seasonal farmworkers, litigating on multiple issues.

“With his extensive background in law, immigration, human trafficking and in unifying the equally important work of legal and social services, Miguel is the ideal choice to lead the Legal Aid Society and further our work in promoting “wraparound” services to help clients find lasting solutions,” says Ric Estrada, President and CEO of Metropolitan Family Services.

A former adjunct professor at Northern Illinois University College of Law, Keberlein is Chair of the Illinois Statewide Task Force on Human Trafficking. He also is a member of the American Immigration Lawyers Association, the Illinois Immigrant Legal Aid Collaborative Steering Committee, the National Employment Lawyers Association and the Chicago Bar Association. He has been admitted to the State Bars of Illinois and Wisconsin, and has been admitted to practice in the 5th and 7th Federal Courts of Appeals.

In addition, Keberlein has lectured extensively on issues related to immigration and human/labor trafficking. His honors include being named a Chicago Community Trust Fellow and one of the Chicago Daily Law Bulletin’s “40 Under 40.”

“The Legal Aid Society was literally one of the first legal associations in America to champion equal access to justice for all,” says Kyle Harvey, Chair of the Legal Aid Society. “I am confident that Miguel will continue our legacy of leadership in assisting the thousands of clients we serve every year.”

About the Legal Aid Society of Metropolitan Family Services

The Legal Aid Society of Metropolitan Family Services (LAS) pioneered the concept of equal access to justice more than 130 years ago. LAS provides critical legal services to low-income families in the Chicago area, protecting them in cases of domestic violence, elder abuse, housing and consumer issues, and human trafficking. Today LAS serves more than 10,000 families and individuals each year.

LAS is part of Metropolitan Family Services, which has been “Mpowering” Chicago-area families to reach their greatest potential and positively impact their communities since 1857. www.metrofamily.org

How gorgeous is the newly renovated kitchen at the @FamilyShelter domestic violence shelter?!
Safe Home Coordinator Debbie Galvez managed an expansion, enhancing a space families call home when at their most vulnerable. Learn more in our annual report: https://2021.mfsannualreport.org/renovate/