“Kirk, you’ve led us by example in our quest to develop our leadership abilities and have passed down knowledge and skills that will stay with us throughout our professional journeys. Your contribution to our growth has been immeasurable and gratefully appreciated. Thank you.” – Mpowered Leadership Academy participant Hillary Gimpel

Kirk James joined the Metropolitan Family Services Board of Directors 16 years ago when a coworker at HUB International nominated him, and “from the get-go” he recognized the importance of the mission. “I tiptoed into it,” Kirk says, “and over time was introduced to opportunities to get involved.” Those opportunities ranged from chairing the Mpower the Night Gala Committee to providing key strategic support – as Metropolitan absorbed the Jane Addams Hull House, then as we developed and implemented our “Families Mpowered” branding.

Once Kirk retired, his lifestyle changed but his commitment to Metropolitan didn’t. He met with our CEO, Ric Estrada, hoping to identify a way he could meaningfully contribute his time and his strategic knowledge.

“Ric and Audrena said we need to start thinking about leadership development,” Kirk explains. “It was in my wheelhouse for Metropolitan.” Kirk had helped develop HUB International, and he was able to not only draw on that experience to build this program, but also find a sense of fulfillment with a deeper connection to the mission.

“I was able to leverage my experience and knowledge, roll up my sleeves and do the work with Audrena,” he says. He developed a SWOT analysis and a strategic plan, and supported Audrena in prioritizing and building out a framework for the program – but he’s quick to give Audrena most of the credit.

“You can’t let ego get in the way,” Kirk says. Singing Audrena’s praises as an engaged leader, he says “my function was to give [Audrena] as many good ideas as I could.”

Their goals for the Mpowered Leadership Academy focused on leader engagement and sustainability, on building something small but with the capacity to expand across the organization. The “train the trainer” model positions alumni as teachers for future cohorts, and the curriculum – set up through a team format to develop two executable plans – involves participants in addressing what they see as key challenges at Metropolitan.

“You have to have the technical side,” Kirk says, pointing to the job qualifications, service delivery, and accreditation information in the curriculum, “but then there’s the soft side: how do you learn to communicate, speak, prioritize?”

An initiative with this level of engagement on a participant and organization level means benefits for everyone, Kirk says.

“It meant a lot to folks,” Audrena adds.

For the cohort members, all of whom work in various disciplines throughout Metropolitan Calumet, “it was great to come together and work teams because it gave them a broader lens on what Metropolitan does,” he says. “You get a blend of people and thought, and the team-building that naturally emerges when you’re given a challenge you have to address together.” Kirk met with the groups regularly, and saw that team-building emerge first-hand. “It opened up their minds to a different way of thinking about things, to think more strategically,“ he says. “We taught them how to talk through ideas, energized them around their work.”

Those ideas, developed in the Mpowered Leadership Academy, are now tangible suggestions Metropolitan’s leadership can take and build on.

Kirk also points out the benefit of leadership development opportunities as a recruitment tool, not only to help existing people but also to draw in outside people. The program offers “employee engagement on the personal level and for future of the organization.”

At the Mpowered Leadership Academy’s graduation event, both teams shared their ideas: one around employee morale and empowerment, and the other around improving referrals within workforce development programs across Metropolitan. 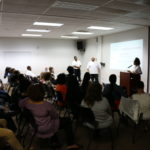 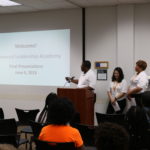 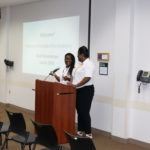 Ric attended the graduation, and shared his appreciation for the thought and work that went into the ideas. “Your recommendations are not only being taken to heart, but we need to work with you to think about how they need to be implemented moving forward,” he said.

“I was thrilled with the caliber of the presentations,” Kirk says, noting how each team made its project their own, which he sees as a sign of maturity of the groups.

“[Kirk] could see the growth in them,” Audrena says. “He was really committed.”

Throughout the program, from September to June, it was evident to Kirk they had applied the approaches in the leadership “toolbox” taught by the curriculum, but beyond that they followed up on advice they received to make their ideas better. “They were really good listeners,” he says.

“What was so gratifying was how good they were about being respectful of each other, and they felt really good about themselves,” he continued. “It’s great when you can maximize performance and let people shine.”

Upon graduating from the Mpowered Leadership Academy, each cohort member shared his or her favorite quote about leadership. Kirk’s is “Not all readers are leaders, but all leaders are readers,” from Harry S. Truman. “He was talking about learning,” Kirk says. “People ripe for leadership development are insatiable learners, and that was groomed and nurtured in this group.”

Each graduate also offered their personal thanks for the effort Kirk put into their development as leaders. They shared stories of Kirk’s dedication, taking conference calls from the airport and driving into Roseland from the western suburbs. Every message shared what his encouragement meant: his role modeling collaboration and his responsive communication, his motivating the cohort, his willingness to share his expertise. “They say that time is invaluable,” Samuel acknowledged, and that’s what Kirk offered.

“The thanks and recognition one receives from the employees of Metropolitan far exceeds any public recognition that a board member receives by virtue of sitting on a board,” Kirk says.

At the graduation, Ric voiced the thoughts of all involved in the Mpowered Leadership Academy: “Kirk is a special kind of board member.” 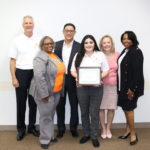 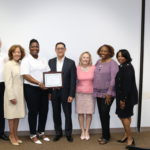 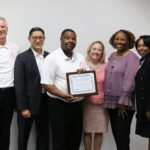 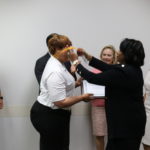 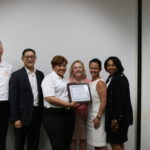 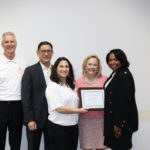 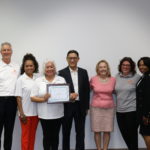 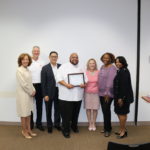 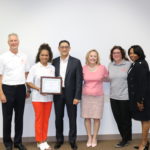 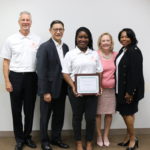