Chris Patterson, Director of Programs at the Institute for Nonviolence Chicago (INVC), has a saying: not all flowers bloom at the same time.

At the recent Communities Partnering 4 Peace (CP4P) Shout Out Celebration, he shared this expression as a way to honor veteran street outreach workers for their work in violence prevention and in mentoring younger outreach staff: “A lot of us as flowers are trying to aspire to be at the level of the individual that’s going to come up here right now,” he said, in introducing Alphonso Prater.

“We knew that if we were going to have a successful program [at INVC], we were going to need the intensity, the drive, the passion, the knowledge, the experience,” he continued, that Alphonso brings to his work.

“All of us have got to stick together,” Alphonso said as he accepted his award. “I try to be the best I can be,” he continued, thanking his family for their support. “Remember one thing: All these are our kids. Nieces, nephews, no matter who they are. We need to help our children.”

Patrick Humphrey is one young man who benefited from the help people like Alphonso provide. In introducing Patrick, Angelica Coleman – who nominated him for recognition – stressed that it’s what Patrick did with the help he was offered that sets him apart.

Patrick was shot a year ago, but he didn’t let that stop him; he went to INVC and Angelica helped him find a job. “I helped him get it, but he helped himself as well,” she said. Sometimes when she talks with people, “they say they want to do a lot of stuff, but then they let something hold them back.”

“He didn’t let anything hold him back,” Angelica said. “He always kept a smile on his face, and he always picked himself up every time he got knocked down.”

Maurice Williams, an outreach worker with ALSO, couldn’t be at the event, but his presence was felt in the room. “He’s a big fella with a big heart,” said Chris Patterson, praising the level of emotion Maurice brings to his work. “He’s been through some serious personal triumphs, like a lot of us in the room, and has overcome in a way that a lot of us would aspire to.”

Shout out to the following staff and participants! 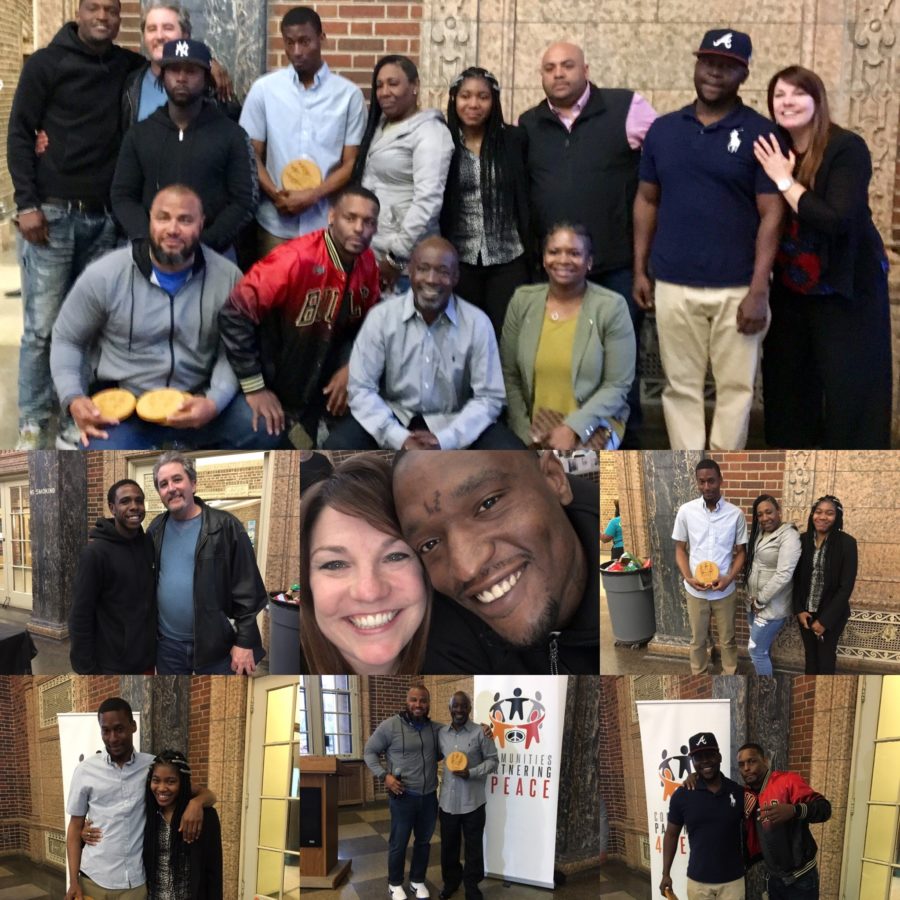