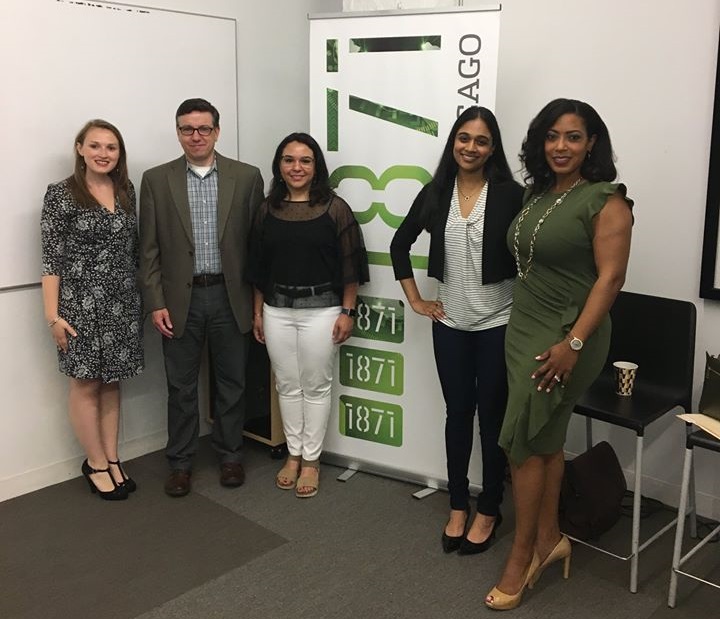 On Wednesday, June 20th ACT Now hosted a panel discussing the importance of STEM programming in the afterschool space. Attendees included representatives from the STEM industry, afterschool programming and much more. Afterschool programming grants students the opportunity to fail, innovate and build important skills to be transferred to the workforce, specifically in regards to STEM. ACT Now articulated the inconsistency of both state and federal funding being provided to the afterschool space and the importance of STEM for the success of the student as STEM-related jobs are increasingly present in the workforce.

Trisha Prabhu is 18 years old and a recent high school graduate from Neuqua Valley High School in Naperville, Illinoois. She is the creator and CEO of the patented ReThink Technology which is an app available to help detect and stop cyberbullying, as featured on Shark Tank. Trisha provided an interesting perspective to the STEM afterschool conversation as she reflected on the importance of afterschool programming to her success and the need for STEM programming for young people.

Tammera L. Holmes has served as the President and CEO of the Aerostar Consulting Corporation in Chicago since 2008, and in 2016, launcher her non-profit The Aerostar Avion Institute. Through her programming, she has the goal of introducing young, underserved and under-represented populations to STEM careers, specifically in the Aerospace industry. Tammera articulated the importance of students to understand non-traditional career pathways, the feasibility of achieving careers in STEM and the role afterschool programs play in providing students opportunities not traditionally found in the classroom.

Brett Nicholas is the Manager of Community Initiatives at the Museum of Science and Industry in Chicago where he manages the museum’s afterschool science club program and summer learning initiatives. Brett focused on the importance of providing an environment in which students can connect materials learned in the classroom and expand those learnings in the afterschool space. He also noted how afterschool programs allow students to explore subjects and careers not presented in the classroom. Brett also mentioned how high quality afterschool STEM programming features student-driven work.

Olga Gutierrez is a Manager of Strategic Initiatives at Apple and discussed Apple’s role in the STEM education field. Recently, Apple launched coding and curriculums for use by afterschool providers as the skill of coding has increasingly been in high demand in the current job market. She brought an important industry perspective to the conversation in articulating the mutually beneficial relationship provided from industry partnerships with afterschool programming—industry can provide content expertise and the programs can use that expertise to create a skilled pipeline of future workers.

Following panelist discussion and Q&A, attendees had the opportunity to network with one another and with the panelists. For more information about how industry can partner with afterschool programs please click here.